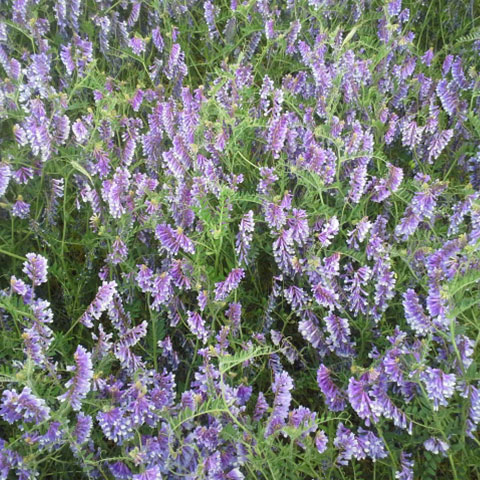 Hairy vetch, is a vining, winteractive legume that provides heavy mulch aids in soil and water conservation. It is grown for hay, pasture, silage, seed, or as interim cover. It has a shallow root system. Stems may grow 2 to 5 feet long. It is suited to wetter soil and colder winters than other winter-active legumes. Hairy vetch is valuable for use in no-till corn rotations, especially in regions that are less favorable for clover and pea cultivation. It may also be used in orchards and vineyards. Hairy vetch is noted for its ability to fix large quantities of nitrogen.